Thanks to the magnitude of generous online donations – Harley’s fundraising page has reached its target, in less than a week!

Your overwhelming support has blown us away and we want to say a huge thank you from us at Children Today and on behalf of Harley and his family.

Once again, thank you for making this little boy’s dreams come true.

12-year-old Harley, who has severe learning difficulties, is desperate for donations for an adapted trike.

The little boy has outgrown his old Tomcat trike which he’s had since he was five as his feet no longer fit the pedals.

Harley’s family is still taking him out on his old trike, but as he doesn’t fit the equipment properly it’s not very comfortable or practical for him.

Harley, who lives with his mum, dad and little brother in Essex, has started to pedal for the first time in the past year. As the youngster has low muscle tone, cycling is a great way to strengthen his muscles while also having fun outdoors.

Children Today recently awarded the family half of the costs for the trike with a £1,747.50 grant. But the family still need a further £1,347.50 (as of the date this was published) to fully fund Harley’s life-changing trike.

The youngster, who is partially sighted, non-verbal, and has severe reflux, has an extremely rare condition which hasn’t yet been named in the medical world as he is the only one in the country with it, according to his mum. The condition, caused by one chromosome snapping off and joining another, affects his fine motor skills and his spine. These issues have only just come to light as he approaches his teenage years. 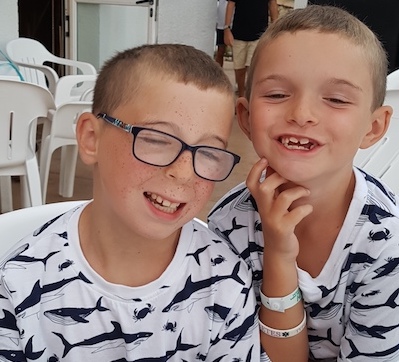 Lynne, Harley’s mum, told Children Today that cycling and swimming are the best forms of exercise for her son to prevent his calf muscles from tightening and his legs from stiffening. But, with current Covid restrictions in place, many pools are closed or have reduced opening hours. Lynne says: “Cycling is the only form of exercise he’s able to do quite happily.

“The trike is a very big thing for us at the moment to give him some exercise and to get out and about in the fresh air and to do things together as a family.

“It would mean everything to have the new trike, it’ll just mean we can get out and do what families do as there’s not that many things that we can actually do together so it will be amazing.”

The Tomcat trike, which would be specially adapted to fit Harley, can attach to another bike which will make it easier for the family to go out together and it will allow him to have a break from pedalling when he gets tired.

As Harley is non-verbal, his mum described how he can get frustrated when trying to communicate. Lynne adds: “As he’s not able to talk I think the trike will help in that way too. By having something comfortable to sit in that fits him well, it’s only going to help his mental wellbeing in a big way.”