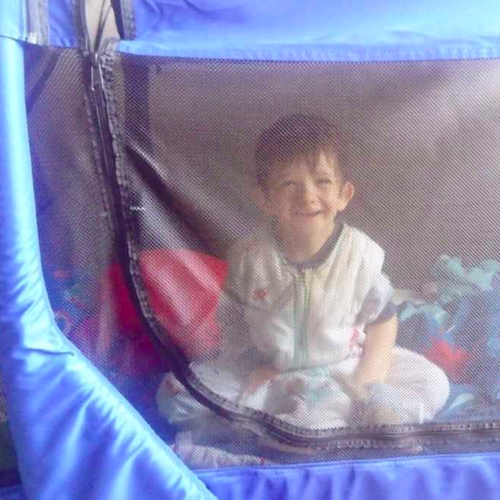 Five-year-old Joshua, from Plymouth and his family were given the gift of a good night’s sleep thanks to funding for a specialist bed from Children Today Charitable Trust.

Joshua, has a rare chromosomal abnormality, which causes a variety of developmental problems and as a result has no concept of bedtime or understanding of danger.

Due to the condition, Joshua displays Autistic traits and has global development delay and he’s very small for his age. Joshua’s mum, Helen, explains:

“Because Joshua can’t talk he can become very frustrated, which can lead to him banging his head. He is also incredibly hyper and finds it difficult to switch off. He just doesn’t understand the concept of bedtime.

“He’s very small for his age, due to his condition, so he remained in his cot for as long as possible but he would bang his head against it as he seems to gets some sort of sensory feedback from it. Eventually it got to the point that he could climb out of the cot and wander about, which was dangerous. He was barely getting any sleep, maybe three to four hours a night and on occasions none at all.

“He was frequently stroppy and frustrated due to fatigue and would even make himself sick from crying sometimes, because he was so tired.”

His parents tried numerous beds to help Joshua sleep better to no avail, until they were loaned a safety sleeper by another charity to assess if the bed was right for him.

Children Today Charitable Trust awarded a grant for the equipment in conjunction with a partner charity, which has drastically improved Joshua’s quality of sleep. Helen continues:

“It was the first time in a very long time that Joshua slept well but we simply could not afford the £2,900 for the bed. We’re so grateful to Children Today for funding the equipment.

“The first night we had the safety sleeper he slept for the whole night and he can also self-soothe in it. In fact, he even likes going into it when it’s not bedtime. It gives him a safe space at night. I think it is starting to help him finally learn what bedtime means.

“We’ve even taken the bed away on a holiday to Butlins, as it’s so portable and I think it will last a long time because he’s so small.”

The impact of the specialist equipment has been felt by the whole family. Helen explains:

“Lack of sleep can be torture and before the safety sleeper when Joshua was awake, we were awake, because he has no awareness of danger. Now that we’re all getting a good night’s sleep Joshua is able to enjoy school more, which he loves, and we have the energy to give him the support he needs.”