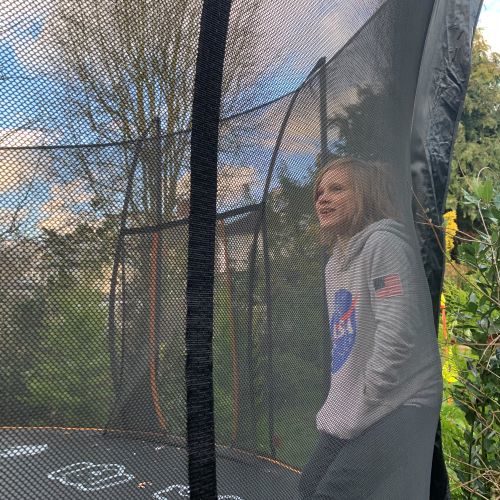 Orlando, from London, was diagnosed with Autism at the age of six. Children Today Charitable Trust awarded funding for a trampoline.

The use of trampolines is encouraged for those with Autism because the repetitive movement helps with sensory imbalances and motor skills and can provide an outlet for stress and anxiety.

For Orlando, his Autism manifests in several complex ways: he has a severe form of Pathological Demand Avoidance (an overwhelming need to avoid or resist demands); experiences sensory processing disorder and has Obsessive Compulsive Disorder (OCD).

When Orlando started mainstream school at the age of five, he faced huge challenges, due to the environment not meeting his sensory needs, which could lead to distressing outbursts. 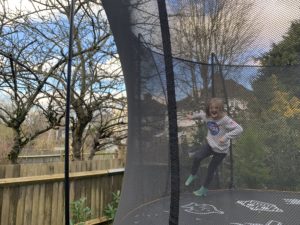 Orlando’s mum Haidée explains: “Before starting school, Orlando was educated at a Steiner nursery / Kindergarten, which offered a holistic approach to learning and is designed to help children’s concentration with a kinetic play based curriculum. There was also an emphasis on nature play and forest school, which offered a calm atmosphere with a connection to the natural landscape, to climb trees and get muddy. As soon as Orlando started mainstream school, we instinctively knew it wasn’t right for him and the whole family suffered as a consequence.”

The experience of Orlando’s distress in the aftermath of his school day, due to his complex learning needs and not being able to find a suitable school to meet his needs, impacted negatively on the whole family.

“Orlando struggles with coordination and emotional regulation, so we knew it would help relieve his stress and anxiety and we’ve seen an improvement, which helps his development. It can help him become calmer and more grounded.

“The trampoline not only provides an outlet for Orlando to crash about and help him with his frustrations, but it has also helped with the social isolation that Autism can bring with it.”

Group activities and sports are usually too overwhelming for Orlando but the trampoline offers a stress-free way for him to play with his brother and other children.

Haidée continues: “In fact, a lot of his tuition is facilitated whilst on his trampoline with his tutors. It’s really supporting play based learning. Being outdoors in nature is a great sensory experience; and being outdoors surrounded by the calmness of nature is where most of Orlando’s play based learning has to take place. Orlando has a great need for a lot of proprioceptive feedback to help him regulate which the trampoline helps to provide.

“We even sometimes invite other children on the Autistic spectrum over for play dates on the trampoline. He’s also started his own YouTube channel uploading videos of his trampolining!

“Orlando is now re-engaging with his learning based from home and all learning is facilitated around his special interests.

“We’ve had a very long difficult journey to try and get Orlando the help, education and equipment he needs and there’s still a long way to go, but receiving the equipment from Children Today has been one of the more positive life affirming experiences we’ve had.”

Children Today also funded a double-buggy in 2017, to enable Haidée to take her sons out as they were struggling to leave the house. She described the buggy as “literally life-enhancing” due to being mostly housebound prior to receiving the funding for the equipment.