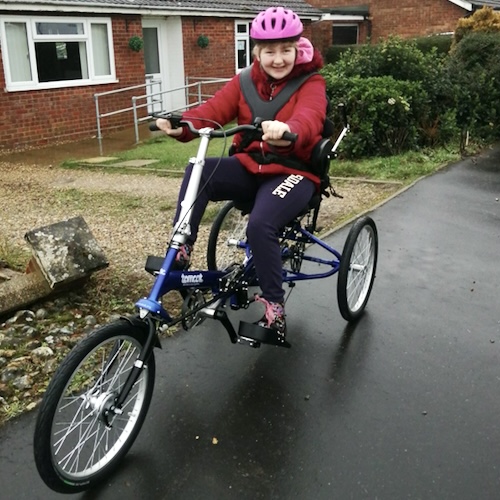 13-year-old Brooke, who lives in Norfolk with her mum and older brother, has a rare childhood disease called Ataxia-telangiectasia which limits her movement. The youngster uses a walking frame and an electric wheelchair to get around and is unable to stand up unsupported.

Despite her mobility issues, she lives an active lifestyle and takes part in horse riding, sit skiing and swimming. Brooke was desperate for a trike after growing out of her old one when she was seven-years-old.

The family was awarded a £1,000 grant from Children Today to go towards half the cost of the life-changing trike and the remaining amount was funded by another charity. 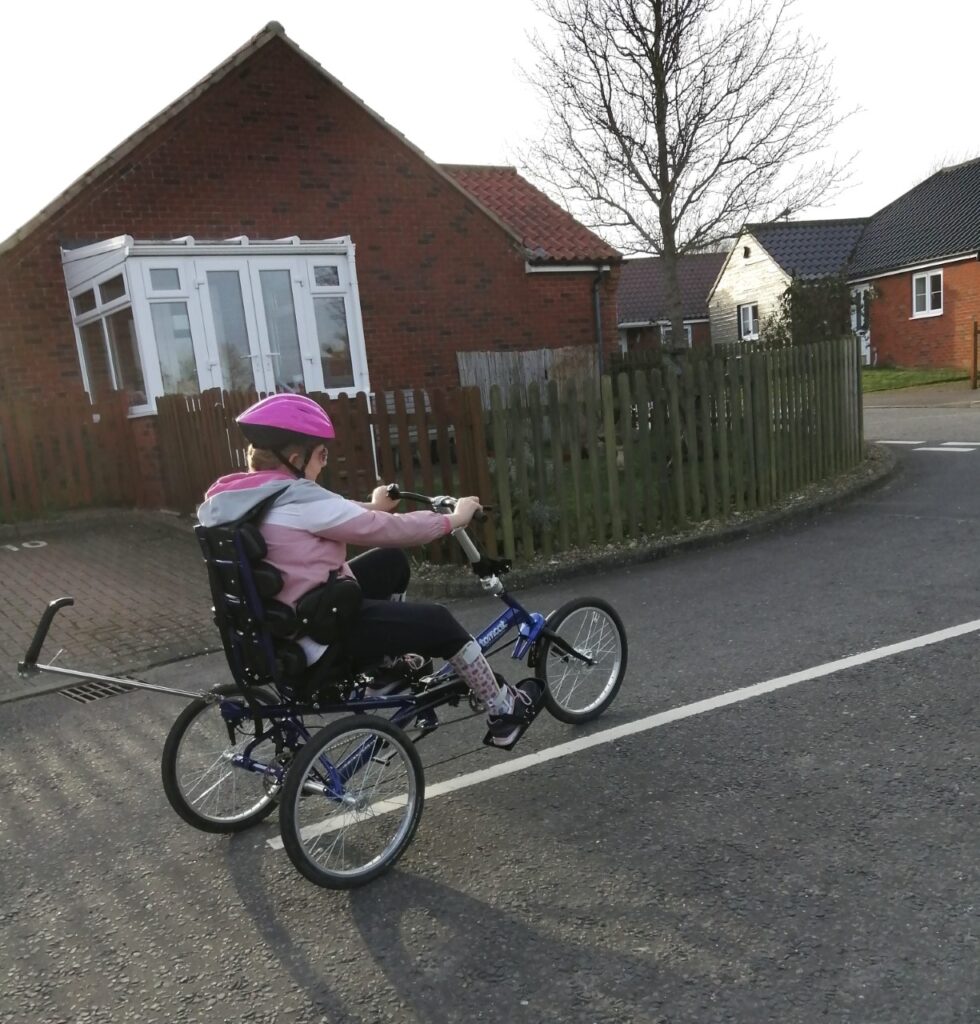 The Tomcat trike, which is specially adapted to fit Brooke, will enable her to not only enjoy more outdoor adventures but the movement required to pedal with her legs will help her physical rehabilitation assisting in easing her muscles from stiffening, a common trait of her condition. The trike is set her last her a number of years to come as it’s unlikely that she will grow out of it.

“It’s definitely given her mental health a boost. She’s always looking forward to going out on it and so am I.

“It’s just great to get out and say hello to people we pass out and about, sometimes people will comment on her trike, which is lovely.

“Brooke’s loving it, she’s so happy with it. When the guys delivered it and set it up at our home, she wanted to go out on it straight away, she was raring to go!”

The trike acts as a key which has unlocked more opportunities for the pair to get out for much-needed exercise, socialisation and quality time together. 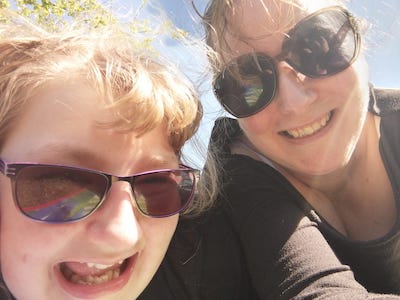 Justine explained how exercising on the trike in the fresh air also helps Brooke’s chest and her breathing. Her condition means she is prone to respiratory infections and certain types of cancer and she’s been taking regular antibiotic medicine ever since she was a toddler.

“It’s the first time in a long time that we’ve been out together all three of us. Brooke’s older brother, Caleb, has been out with us on his bike a few times – he goes off ahead and she tries to catch up with him.

“The last time we were able to do that was when she had her old trike when she was seven, so that was six years ago!”

Now that Brooke has reached her teenage years, her trike is another form of independence for her and with the spring and summer months just around the corner – the family is hopeful the trike will bring them a lot more joy and allow them to create even more happy memories together.

“I am so happy to be able to get out and about, especially now the weather’s getting better!”