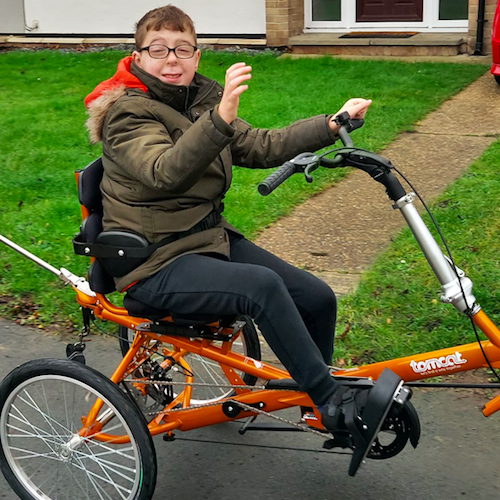 13-year-old Harley, who his mum says is always smiling, is relishing outings with his family on his adapted trike which Children Today helped fund.

Harley, who lives with his family in Essex, has an extremely rare condition and is believed to be the only one in the UK with it.

The youngster dreamed of owning a new, adapted trike as he outgrew his old Tomcat trike, which he’d had since he was five. His parents were taking him out on his old one but as his feet no longer fit the pedals, it wasn’t very comfortable or practical for him.

The teen, who is partially sighted, non-verbal, and has severe reflux, has a condition which hasn’t yet been named in the medical world. The condition, caused by one chromosome snapping off and joining another, affects his fine motor skills and his spine. These issues have only just come to light in the lead up to his teenage years.

Harley’s mum, Lynne, says her little boy’s mental health has been positively impacted since receiving the Tomcat trike. She says:

“It’s really cheered him up. It’s been so lovely just seeing him smiling, laughing and having fun – especially at the moment. It’s made a massive difference.”

Children Today supported Harley with half of the amount, £1,747.50, for his adapted trike and the other half was funded through a local online appeal – which we launched on behalf of the teen.

Lynne explained that her little boy, who has severe learning difficulties, is out on his new trike at every opportunity. She adds:

“He’s always asking whether we can go out on it. He knows where it is so he points at it to say he wants to go out, he gets really excited.

“It’s especially good at the moment because there’s not a lot to do apart from go out on the bike. He gets so many looks when we’re out and about. He’s obsessed with girls, typical teenager! So every time a girl looks over he starts laughing and waving at them!” 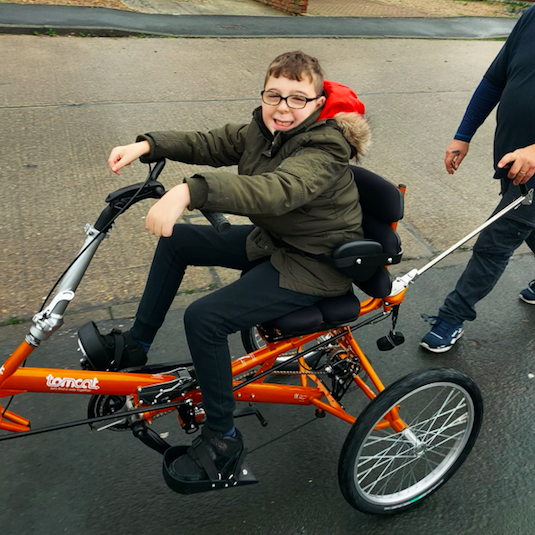 Cycling and swimming are the best forms of exercise for the youngster, who has low muscle tone, to prevent his calf muscles from tightening and his legs from stiffening. With pools across the country closed at the moment due to Covid-19 restrictions, Harley’s trike, which can be transported around in the boot of their car, is the ultimate form of exercise for him.

The trike isn’t just improving his physical health but the equipment, which is specially adapted to fit his needs, is a key to more opportunities to have fun outdoors with mum, dad and little brother.

The Essex family is just a 10-minute drive away from the beach so Harley has been on trips along the seafront. Harley and his family are looking forward to embracing more opportunities on the coast with Harley’s specialised equipment as the weather gets warmer.

Little Harley has an upcoming operation, which involves breaking every bone in his foot in a bid to correct his bone structure, and his parents are hopeful that his trike will provide a great distraction for him and continue to bring him lots of joy.

The trike, which can attach to another bike and allow Harley to have a break from pedalling when he gets tired, is set to last him well into adulthood. 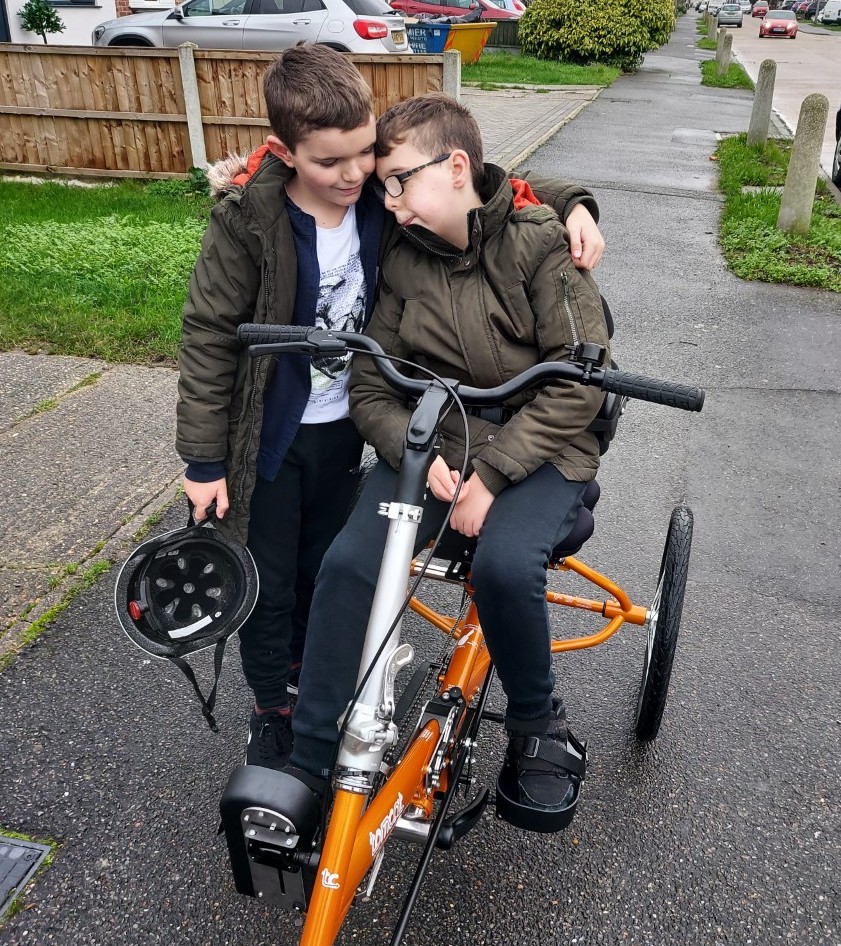 Harley (pictured right) on his trike with his little brother.

“The first thing me and my husband say to each other in the morning now is what time are we taking the boys out on their bikes? It’s the highlight of the day at the minute!”

Click the play button below to hear Harley’s mum, Lynne, talking on BBC Radio Essex about the local appeal we launched for the teen.