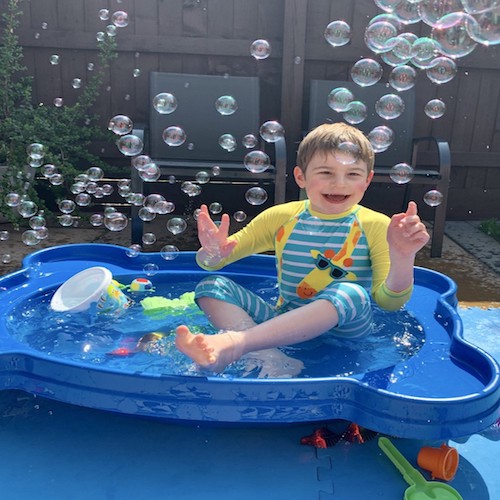 Henry, who has the genetic disorder Angelman Syndrome, was awarded a grant for a water table by Children Today when he was three-years-old. Now, the six-year-old is still enjoying his equipment, which has helped with his mental and physical health during lockdown.

Angelman Syndrome affects the nervous system and can cause severe physical and intellectual disability. In fact, when Henry first received his water table he could only just stand up and Henry’s mum believes the equipment has assisted him in his physical development. Clare, from Leicester, says:

“Henry’s had a lot of good use out of it and it’s still in really good condition, it’s done him well over the past three years. It’s really helped with his mobility and balance, now he can walk independently.” 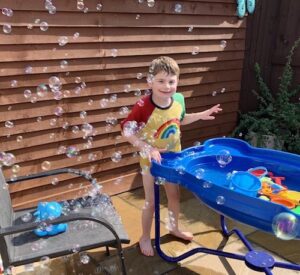 The water table provides Henry with sensory stimulation and he is particularly fascinated with water, a common trait in those with his condition. Clare adds: “Unfortunately a lot of equipment for children with additional needs can be expensive.

“Thankfully we had support from Children Today as this water table has really helped Henry with his sensory issues as well as his physical wellbeing. It’s just so good to have.”