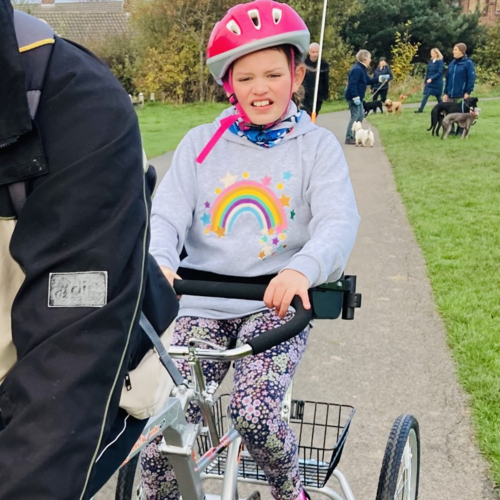 10-year-old Isla has been out on family bike rides every weekend since receiving a grant from Children Today for an adapted trike.

The little girl has been riding around spreading much-needed joy; waving and speaking to everyone she passes.

The family, from Chester, has been able to go on bike rides together for the first time with Isla’s specialised trike, which can attach onto the back of another bike.

Isla’s condition affects her balance and her cognitive learning skills and she is not able to ride a bike independently.

During lockdown Isla’s mum, Kate, said their family was craving going out and doing something together. Before receiving the trike Isla’s parents would be limited to just taking Isla’s seven-year-old little sister, Phoebe, out on bike rides.

The specialised equipment costing over £700, which Children Today partnering with the Rotary Club of Chester fully funded, has allowed the family to spend quality time together out in the fresh air – giving everyone’s mental and physical health a big boost in a time when they need it the most. 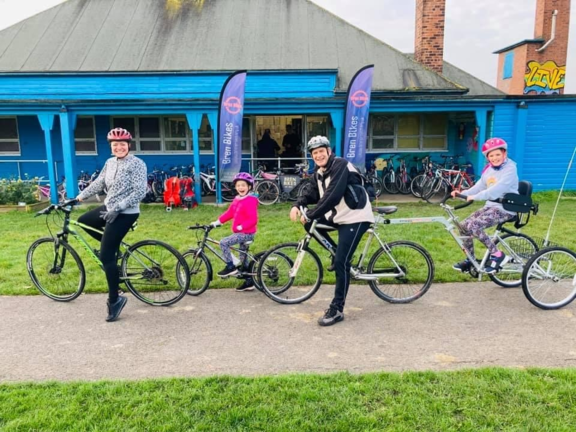 The Mission Piggyback trike has made a big impact in a short space of time and Isla’s parents have already seen their little girl’s confidence flourish. Mum says:

“She’s usually a weary, stand-offish and quite nervous girl but now she’s always asking to go out on her trike – she gets really excited and happy.

“We’ve got a trike we adapted ourselves which has got stabilisers on it. Since having the trike she’s been trying to go on that.

“I think experiencing being on her new trike has really spurred her on to want to try other things and push herself more.”

Kate explained how, before the trike, there weren’t many opportunities for exercise in Isla’s life as she cannot walk to school and instead is picked up and dropped off at home.

Little Isla has been giving pedalling a “good go” on her new equipment and Kate believes there is hope that Isla’s trike, which is set to last her into adulthood, may one day help her to cycle independently. 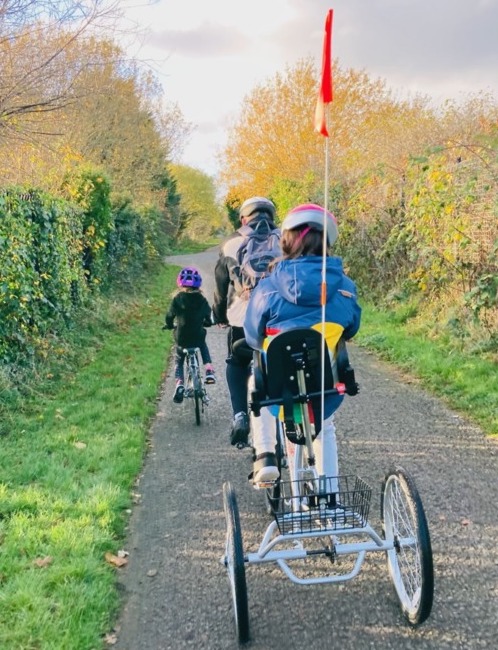 Along with encouraging Isla to use her leg muscles, the trike has been inspiring the little girl to go outside for exercise and to connect with people in her area. Kate adds:

“Isla absolutely loves the trike and she’s becoming quite a cycling legend along the Chester Greenway!

“It’s the first time that we have ever been able to cycle together as a family. Because there’s so much we can’t do, being able to all go out together during lockdown has been brilliant.

“A huge thanks to Children Today and the Rotary Club of Chester for funding this for her, we really do appreciate it. It’s brought a lot of joy to everyone.”