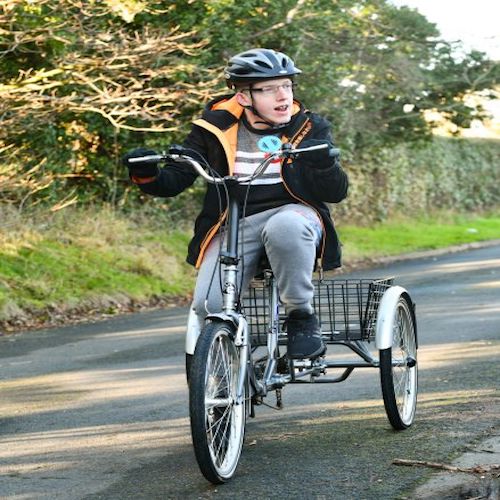 20-year-old Loyd has been given a mental and physical boost thanks to funding from Children Today.

Loyd, who was born five-weeks prematurely, had some minor delays in his mental development but was progressing well. Sadly at the age of six he suffered a number of seizures and was put into a medically induced coma, resulting in brain damage.

The damage to his brain left Loyd unable to walk or talk and to this day the cause of the fits remains undiagnosed.

Over the years Loyd has slowly relearnt to walk and talk, but he is still severely mentally and physically disabled – able to only walk short distances at a time and he occasionally uses a wheelchair as he tires easily.

In 2016 Loyd underwent multi-level surgery on both legs to help straighten up his legs. He also has a leg discrepancy and therefore requires a built up shoe and attends the podiatry clinic every six weeks.

The charity granted funds for an adapted trike enabling Loyd following his operation after his physiotherapist recommended that the equipment would be helpful to to rebuild the strength in his legs through gentle exercise and make his physiotherapy more fun.

“The trike has really helped Loyd rebuild his core strength and build up his leg muscles. It also provides an opportunity to get out and get some fresh air. He’s not able to cycle a long distance, but he absolutely loves getting out on his trike.

“He’s incredibly active and loves all kinds of sports. As well as enjoying cycling, Loyd also plays football and boccia, which is similar to boules, with Ellesmere Port and Neston Special Olympics.” 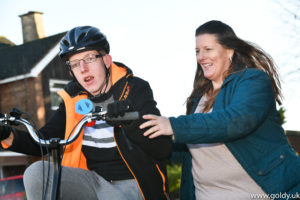