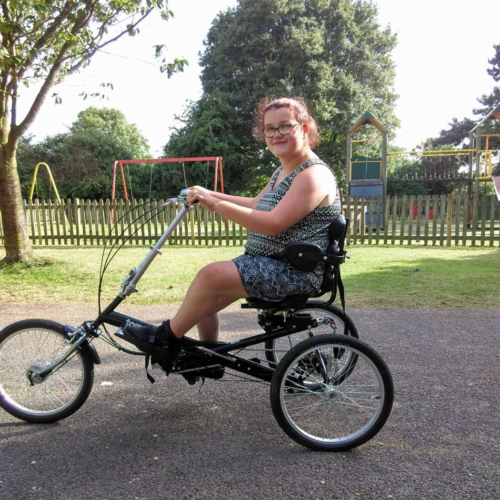 Children Today funded an adapted, made-to-measure trike for thirteen-year old Nicole who has Spastic Quadriplegic Cerebral Palsy, which means she has difficulty in controlling movements in her arms and legs.

“Nicole was born at just 29 weeks weighing 2lb 2oz. She spent the first nine weeks of her life in the NICU and we knew that something wasn’t right from early on.

“We count ourselves lucky though as Nicole is a very vibrant and vocal young lady. While she finds her physical disability frustrating, she’s very able mentally and attends a mainstream school.” 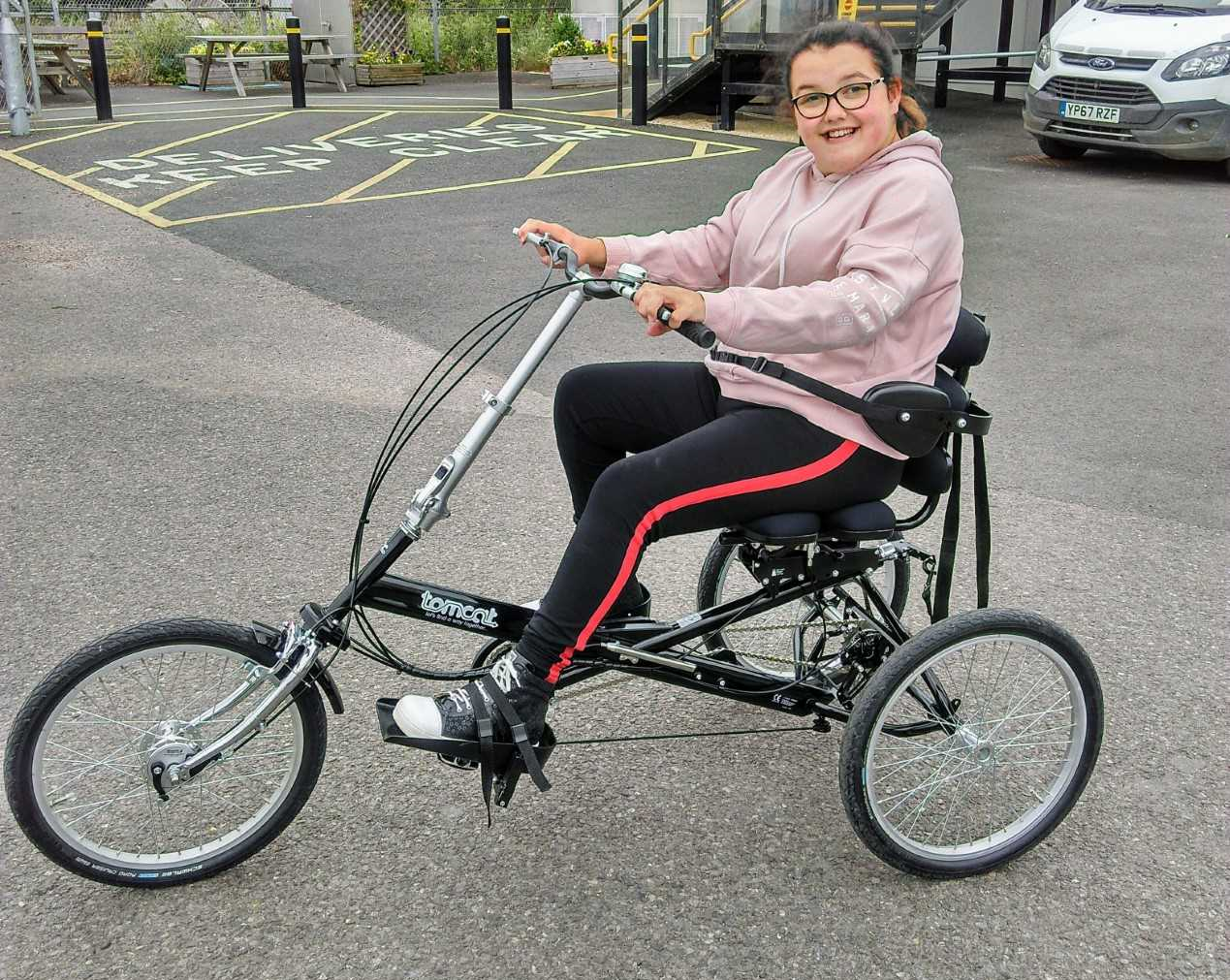 In 2011 Nicole’s family set about raising funds themselves for a procedure known as Selective Dorsal Rhizotomy (SDR) surgery to improve spasticity (muscle stiffness) in cerebral palsy.

In just six months the family managed to raise the £60,000 required, through fundraising efforts, to send Nicole to the USA for the operation as she did not qualify for the procedure in the UK.

“Nicole was just five years old at the time of the surgery and it was incredible to see such a difference in her after the operation, it meant she could use a walking frame and sit in a ‘normal’ chair. The journey didn’t stop there though, Nicole has to keep up an intense physiotherapy routine, which as you can imagine, like any typical teenager she gets fed up with. So the trike is a great way of helping her maintain her physio without it seeming like a chore.

“We’re a big family, Nicole is one of six and she has 11 nieces and nephews too. The whole family are amazingly supportive, taking Nicole out and making sure she gets to join in with everyone as much as possible.

“We can’t thank Children Today, enough, this is actually the third trike that the charity has funded, because kids grow out of these things so quickly. Unfortunately, getting a replacement is prohibitively expensive without a grant but thankfully this trike will last her into adulthood!”