Three-year-old Noah Mason and his family are experiencing newfound freedom since getting an adapted buggy.

Noah has Klinefelter Syndrome, a chromosome disorder that affects males. The condition means he has an extra X chromosome and in Noah’s case has caused delayed speech and development, and memory loss. It also causes accelerated growth, so he’s much taller than the average three-year-old. Noah is also Autistic and as a result he has no danger awareness. 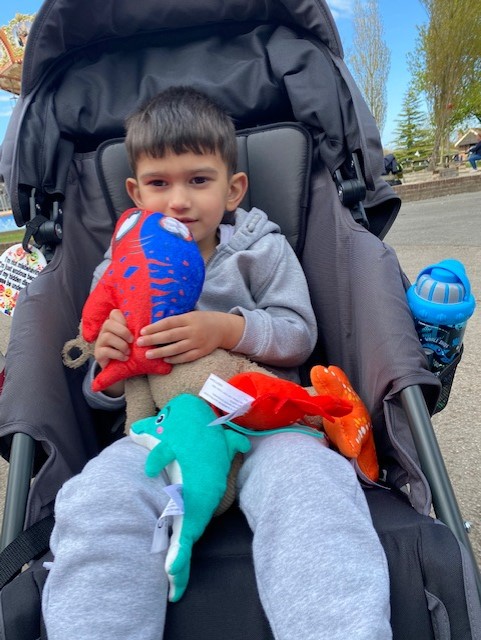 Noah has Klinefelter Syndrome which accelerates growth, so he’s much taller than the average 3-year-old

“Having this buggy has given us a whole new lease of life. Noah had long outgrown his standard buggy as he’s very tall for a three-year-old, due to his condition. His feet would drag along the floor and it didn’t offer him any foot and leg support. So, making Noah walk was often better than taking him out in the pushchair, but as you can imagine making a three-old with additional needs walk very far wasn’t an option.”

Unfortunately, because of his age, his family was told they could not get any statutory support for a specialist buggy as Noah wouldn’t qualify for one until he turns five.

“Noah is so much more comfortable now that we have this new buggy. He has talipes, so he needs to wear leg braces and boots to help correct it, which can cause him a little discomfort and pain, but now that he has proper leg support in the buggy he can actually rest his legs.

“Noah had developed a limp over the last six month or so, but since we’ve had the buggy he’s stopped limping altogether, which I’m sure must be because he’s able to rest his legs properly now.

“I feel so much happier knowing he’s safe and secure in this buggy. The padding in the buggy also helps, as Noah is very sensitive to noise, which makes him prone to banging his head.” 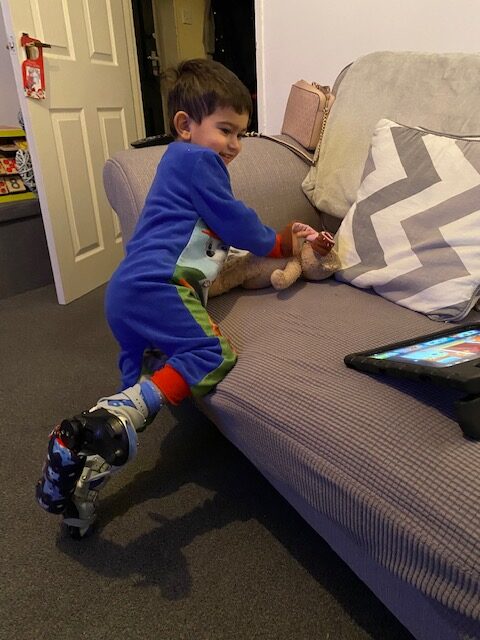 Not only has the adapted buggy provided Noah with comfort and safety and his mum peace of mind, it’s also enabled the family to get out and about together much more.

“It’s been amazing having the new buggy. We’ve been able to go to the coast and we even have a caravan holiday booked at Blue Dolphin Haven park in Filey, North Yorkshire in August, which we wouldn’t have been able to do without it.

“It had got to the point that I avoided going out and was putting off meeting up with friends, because it didn’t seem fair on Noah dragging him out in his tiny pushchair, knowing he’d be uncomfortable. I can’t tell you how nice it is to be able to meet up with a friend for coffee and know that Noah is content, safe and comfortable. It’s little things like this that make a huge difference to our quality of life.” 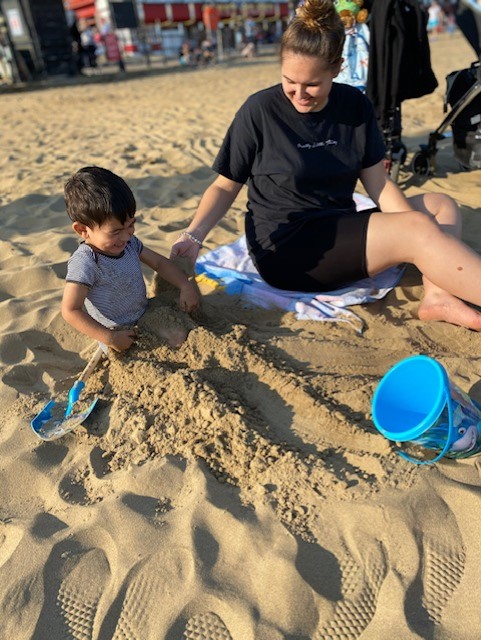