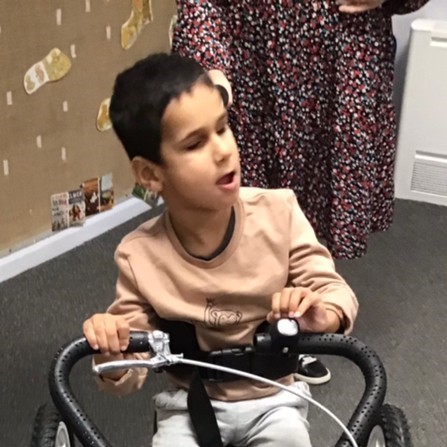 Zakariya – affectionately called Zaki, by his family, was born blind and in early 2020 was diagnosed with cerebral palsy.

“It was such as shock when we found out Zaki was blind. There had been no concerns throughout the pregnancy and we already had three daughters, who were all born healthy, so we had no reason to suspect things would be any different with our baby boy.

“Zaki’s labour was very traumatic and he spent the first two weeks of his life in intensive care. He had a pneumothorax (collapsed lung) and scarring to the cerebellum, which was diagnosed after an MRI a few months later. It was a really tough time, and then when he finally had his new-born checks which revealed he was sight-impaired, we were devastated.

“He had an operation at just six-months-old to try and reattach his retina, but unfortunately it wasn’t successful.”

The family has since found out that Zaki has Familial Exudative Vitreoretinopath (FEVR), a hereditary disorder that can cause progressive loss of vision. 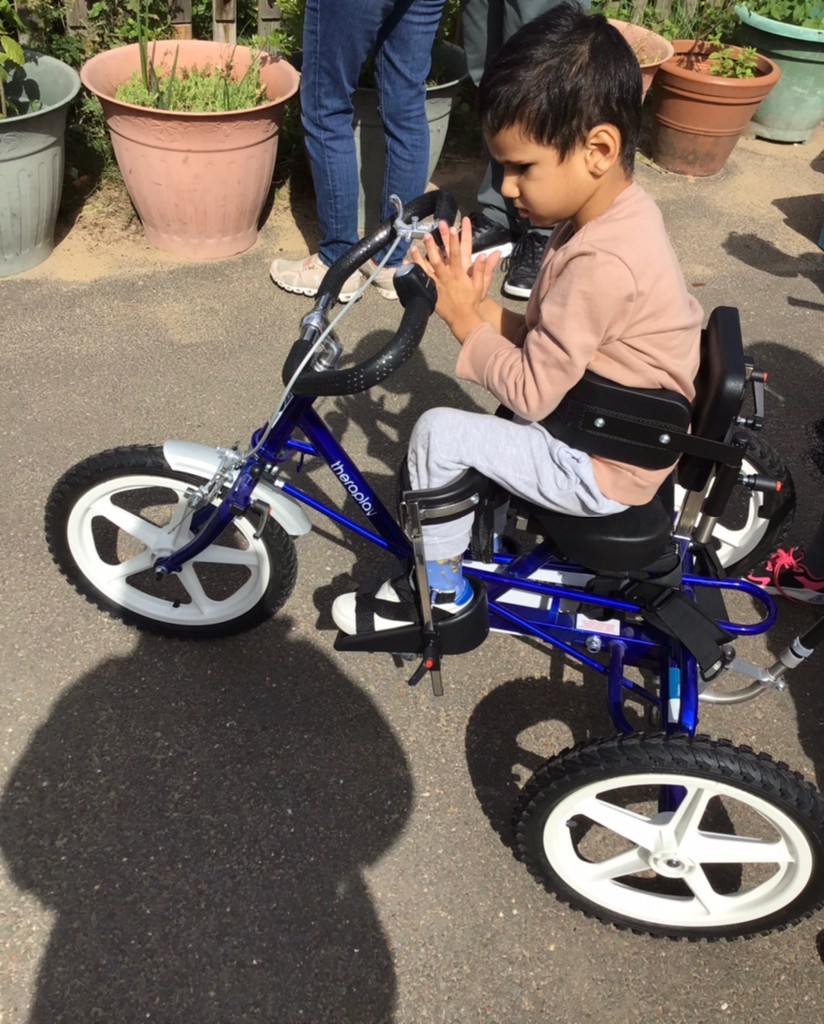 Zaki is blind and has cerebral palsy

“It’s been a really difficult journey, and then just as we were starting to get our head’s around the idea that Zaki is blind and coping with the challenges that this brings we received the news just a few months before the start of the pandemic that he also has cerebral palsy. It was like a knife to the chest, hearing that!

“We’ve all been so focused on understanding how to best help Zaki regarding him being sight-impaired, so finding out that he’s going to face further challenges was hard to take in.”

The four-year-old, who his dad describes as “a cheeky little monkey”, has been particularly affected by the pandemic, as his usual support was dramatically reduced.

“The pandemic’s had a huge impact on Zaki’s development and he became really quite unhappy during lockdown. He went from having daily stimulation to minimal support a couple of times a week.

“We’d also been going to swimming lessons, which were really helping with his physical development, but that all stopped during lockdown. Unfortunately, now that it has restarted it’s on a day we can’t go.”

Zaki cannot walk yet but has started some form of crawling and there are concerns that he’s at risk of increased tightness in his legs, potentially leading to poor fitness and an increased risk of weight gain as he grows older. So, his physiotherapist recommended an adapted trike to help strengthen and stretch his legs in a way that no other mobility option does for him.

Receiving his adapted trike – which can be steered by his parents or sisters while he practises pedalling motions – has been a huge blessing for Zaki, who his dad describes as “the darling of the family”.

“Zaki’s legs have become much stronger and the trike is really helping him to build up his stamina.

“We still don’t know what Zaki’s long-term prognosis is. We’re just taking each day as it comes but anything, like this trike, that can help him grow, develop and be more independent is a big bonus.

“We’re amazed at how far he’s come already. He recognises us all by touch and smell and he enjoys initiating different games and activities that he’s come to associate with me, his mum and his sisters.

“We’ve recently had the news that he’s secured a place at a fantastic specialist school, so we’re hopeful that this will give him the best possible opportunities. But regardless of what the future brings we’re just so proud of him and we all love him so much.”