Seven-year-old Imogen – Immy to her friends and family – is desperate for an adapted trike so she can join her friends on bike rides for the first time.

The family has managed to secure £1,500 towards the trike but at a cost of over £3,800 the family reached out to Children Today for additional support. We’ve pledged a further £1000, but a further £1,319 is needed to help Immy’s dream come true.

The fundraising appeal has already raised £530, but Immy still needs to raise £789. To make a donation to Immy’s appeal, please click the button below!

Immy has unilateral cerebral palsy, affecting her right side, and is partially sighted, due to complications at birth. She also has a skull fracture, meaning she is at serious risk of injury if she sustains any impact to her head. 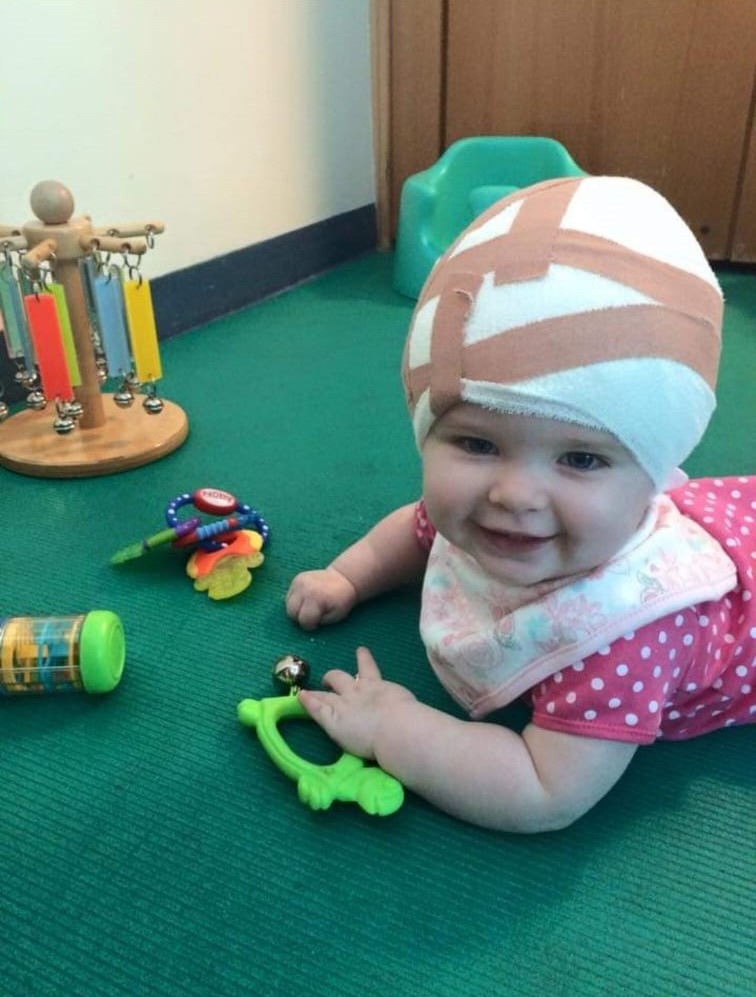 Immy suffered a skull fracture at birth, meaning she’s at serious risk of injury if she sustains any impact to her head

But despite the challenges she faces she is “fiercely independent” according to her mum, Sarah, which is one of the reasons she’s desperate to be able to ride a bike on her own.

Due to her condition, Immy is unable to ride a regular bike as she struggles to pedal and due to her vision impairment and the weakness in her right side, tends to veer to the left.

“Immy’s never been able to ride a bike. In the past we’ve been able to help steer in the right direction on a standard bike with stabilisers, but it’s not the same as feeling that freedom of cycling on your own. As she’s got older and bigger, that’s just not an option anymore as you can’t get bikes that are suitable for her age and size, with stabilisers on.

“Immy also tires much quicker than a child of similar age and she doesn’t have the stability and strength to ride a regular bike without the additional support for her feet and legs.”

When Immy trialled an adapted Tomcat trike and was able to ride solo for the first time ever she squealed with delight, and has been asking ever since “when can I get my own trike mummy?” 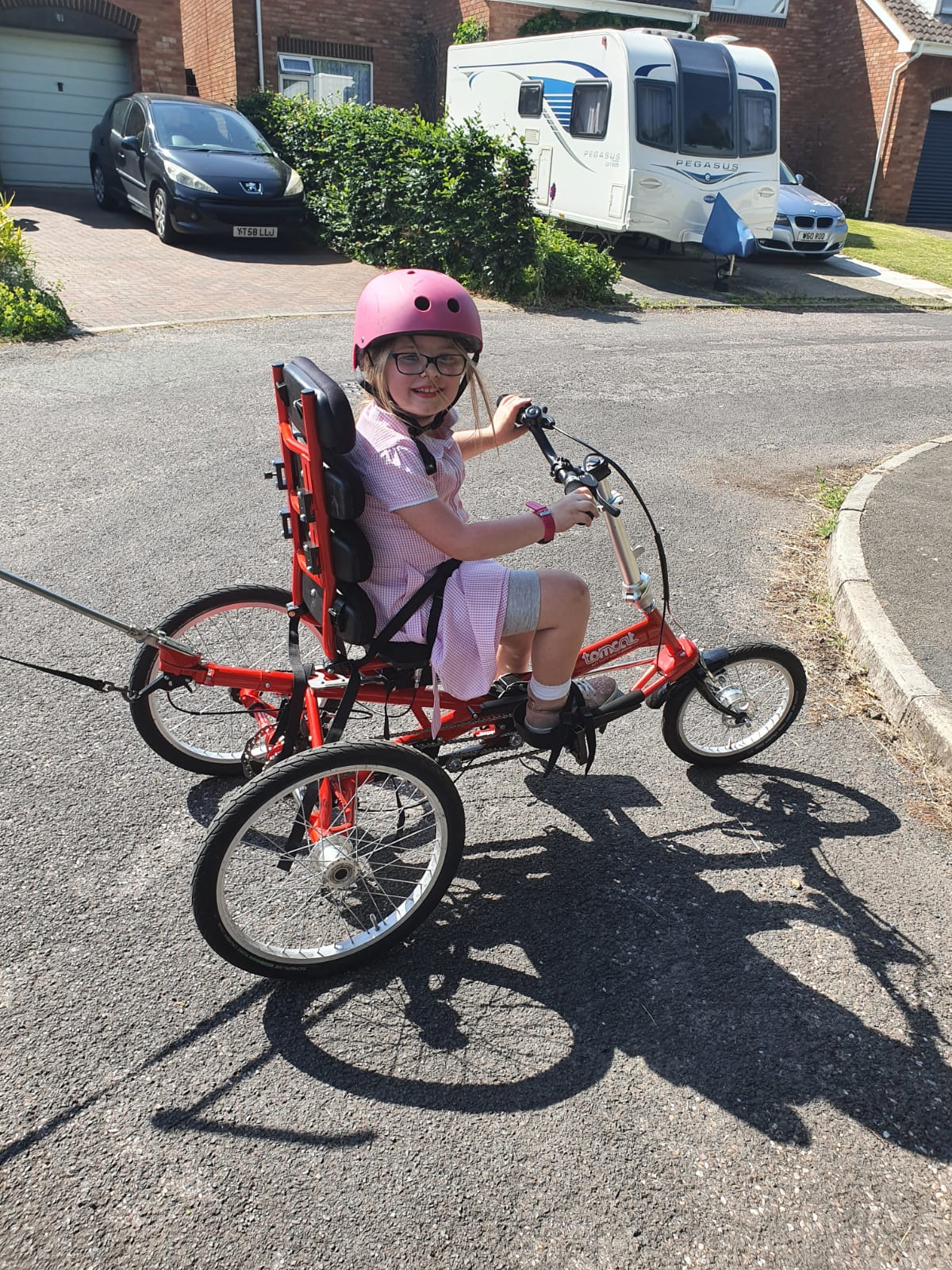 When Immy trialled the Tomcat trike she squealed with delight

You can watch a video of Immy during the Tomcat trike trial and hear her squeals of delight here!

The trike is specifically engineered to suit Immy’s needs, with callipers to stabilise her feet and legs, back support and a lap belt to help keep her upright and safe, as well as a function that corrects her when she veers to the left.

When we asked Immy what she thought of the trike, she said:

“I really like that I can’t fall off. It’s really good fun and I can race away from Daddy fast!”

We also asked Immy how excited she is to get her own trike, to which she replied “I’m an enormous bit excited!”

Not only will the trike benefit Immy from a social perspective – enabling her to play and enjoy time with her friends – it also has huge health benefits.

“The trike will be amazing for Immy’s physio too and provide a way of getting daily exercise. We go swimming regularly, which is vital to help build Immy’s muscle tone, strength and stamina, but we’re obviously limited to opening times and set lessons. With the trike she’ll be able to cycle to school every day!

“I’m so proud of Immy, she really is amazing. She’s been through so much but she takes everything in her stride. She finds so many ways to do two-handed tasks with one hand, but unfortunately without this adapted trike, cycling just isn’t something within her capabilities.

“She’s so independent and wants to do whatever her peers can, so it would be amazing to give her the gift of that feeling of fun and freedom, cycling along with her friends!” 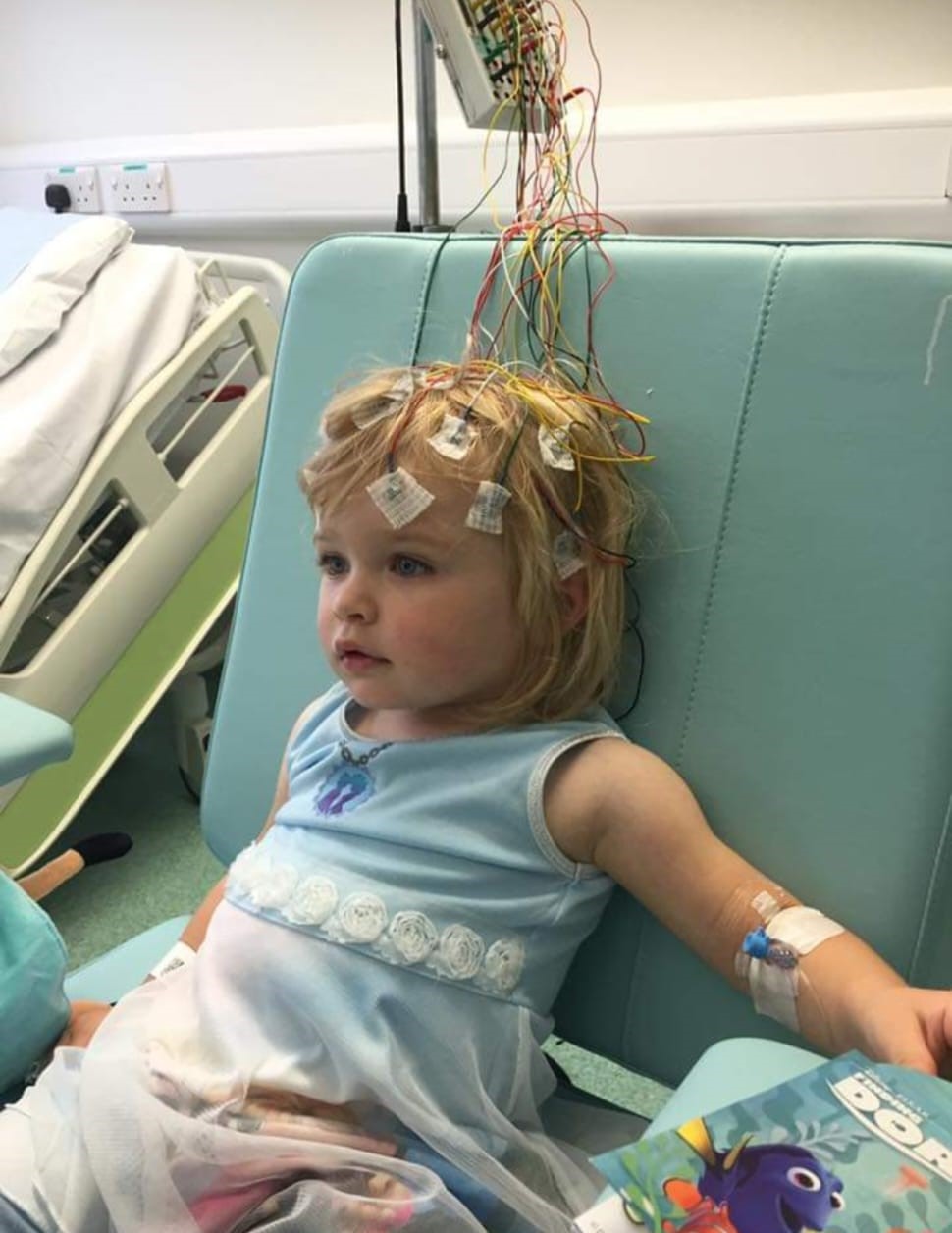