Thanks to your generosity, Sam reached his fundraising target for his trike in less than two days!

On behalf of Sam, his family and from us at Children Today we want to say a massive thank you to those who shared and donated. You’ve played a part in changing Sam’s life for the better.

The outstanding £3,623.00 raised online will go towards paying for the remaining costs of the teen’s adapted trike.
Any funds raised above this will go towards helping more children, like Sam, who are in urgent need of pieces of specially adapted equipment.
Once again, thank you.
*Ends*

Sam, who is severely autistic and needs 24-hour supervision, is short of funds to pay for an adapted trike which would transform both his life and his mum’s too.

13-year-old Sam, who has the mental age of a three-year-old, is unable to ride an average bike as he has no danger or spatial awareness and cannot steer independently.

The teen, who his mum, Claire, says is full of energy and smiles, usually visits his local swimming pool for much-needed exercise, but the pair are currently unable to access that due to Covid-19 restrictions.

Claire, who lives with Sam in Wolverhampton, branded the adapted equipment as the ideal solution for them as it would enable them to safely get out and about together with ease – something which they haven’t been able to do recently.

Claire says: “It’s so difficult for both of us to find activities for Sam and things that we can do together. As he’s getting older, it’s getting harder to find things to do with him that he’s interested in especially at the moment.

“Because he’s got a lot of pent-up energy, he struggles in the house a lot and that’s when he’ll turn to self-harming behaviour, hitting and smacking. He’ll throw himself onto the floor straight onto his knees – as he’s going through puberty he’s having a lot of emotional outbursts.” 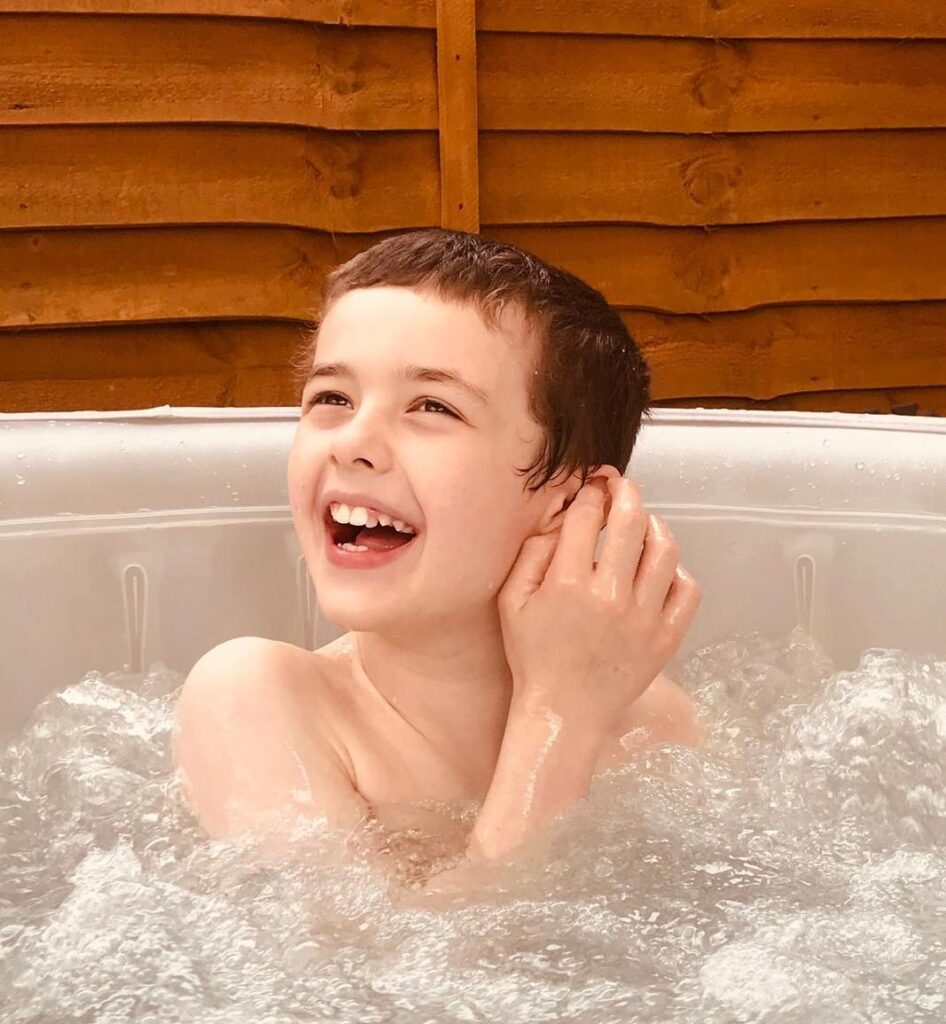 Owning the equipment that will allow Sam, who is a member of an inclusive choir, and his mum to sit securely side by side and get some much-needed exercise and quality time together. Claire adds:

“When we can get out into nature and access outside with the trike, it’ll reduce the number of his outbreaks massively.

“When we’re both inside all day, we just need a release – even if it’s just a cycle around the estate. If we’re in the house and he’s struggling I can just say come on let’s get outside for a cycle. It’ll just make both of our lives that much better and daily life a lot easier, especially in the school holidays.”

Children Today recently awarded Sam a £1,000 grant to go towards the cost of the equipment. But the family still need a further £4,000 to fully fund Sam’s life-enhancing trike.

The Fun2Go side by side bike, which has two seats and two sets of pedals, will allow Sam and his mum to sit next to each other – while his mum steers he can burn off some energy through pedalling. With Sam securely fastened in, Claire has peace of mind and can spend quality time with her son while they both enjoy the fresh air together. Claire comments:

“We’ve had a go on the trike and it was amazing. It’ll be lovely to have that quality time sat next to him, communicating with him and pointing at things. I can see whether he’s enjoying it and I’ll be able to spot the signs for when his anxiety may be building up and get back home where I know he’s safe.”

The specialised equipment, which comfortably fits two adults, also comes with an electric engine. Claire adds: “The electric setting will be a great tool when we’re tired or going up a hill. We can also use it if we need to get back home quickly – if he starts to panic when we’re out and about.”

Something as simple as going for a walk can be tricky for the family as Sam, who wears ear defenders, is very noise sensitive and can often run away. Claire explained how she feels nervous visiting places her son is unfamiliar with and always has to be dressed to run after him if needed. She comments: “He’s gone missing before and it’s just terrifying. If someone is making too much noise he’ll start hitting himself and panicking – he’s unpredictable basically.” 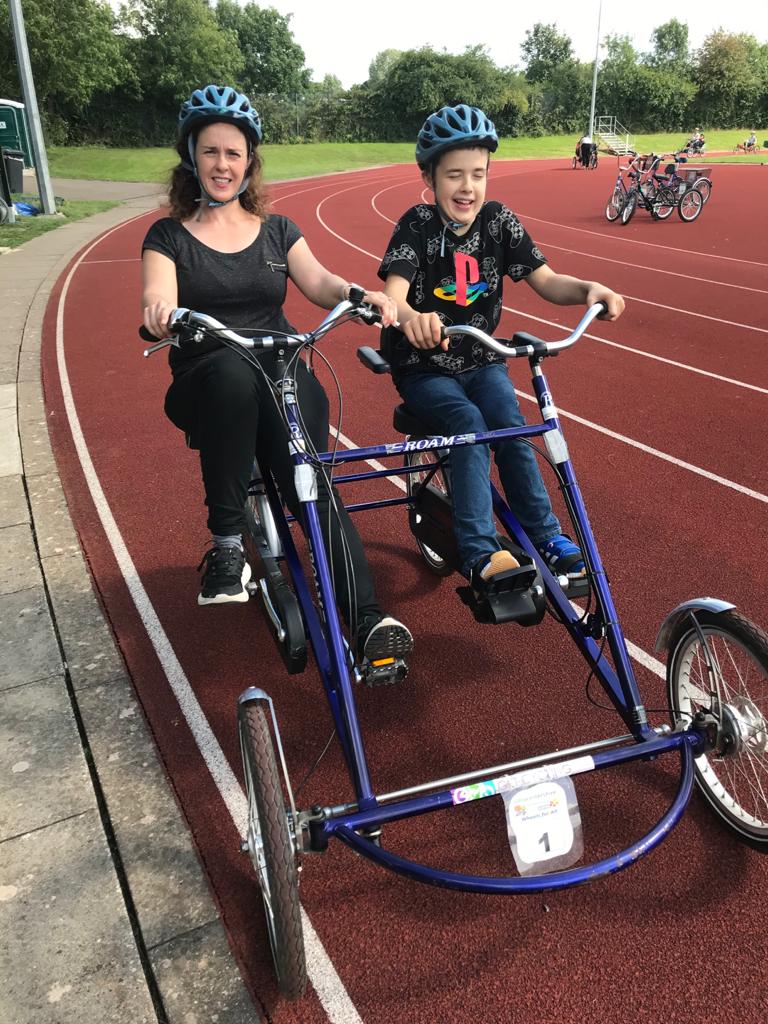 Sam, who has limited speech, doesn’t currently own a bike to enjoy but the duo used to own a tandem bike – which was not suitable as the teen, who was positioned behind his mum, would put his hands down into the wheels while the bike was moving, as he liked the motion of them. Claire says: “Sam has quite violent outbursts so he’d rock the bike and that would make it hard to pedal and almost impossible for me to pull the weight of us both.”

Claire hopes the specialised equipment will have a big impact on their mental wellbeing in getting them out and about and will in turn improve Sam’s conversational and social skills too. As it’s not your typical-looking bike it’s bound to be a conversation starter on the streets. She adds:

“The bike is perfect for his needs and it’ll last him forever which is just amazing.

“In the summer we’ll be able to get out on the trike every day, that’s going to be brilliant. It’s going to be something that’s permanently here in the garage that we can rely on – we can get it out as and when and off we go!

“It’s another activity that we can do that suits him especially as he’s getting bigger. It’ll be life-changing for us both.”

If you would like to support Sam you can make a donation on his JustGiving page here: https://bit.ly/3e34XnX